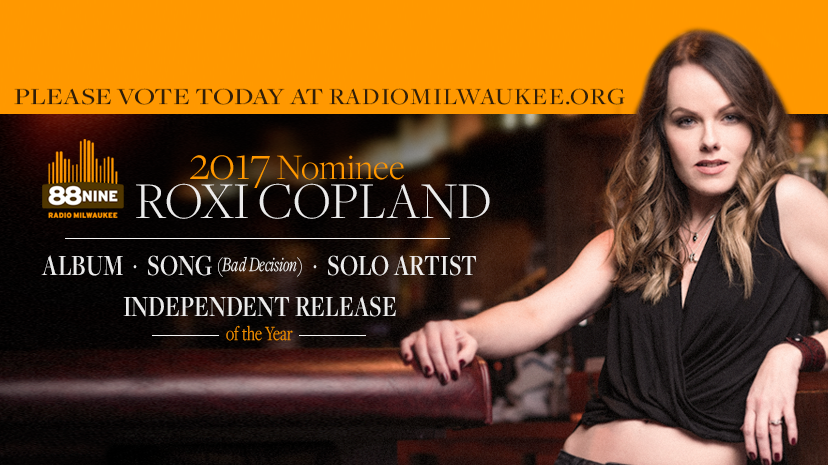 While generally speaking, I prefer to celebrate one holiday at a time, I have to make an exception. Because Christmas came early by way of four (!) nominations for this year’s Radio Milwaukee Music Awards (out of eight categories. Batting .500 ain’t bad.) Bad Decision is up for Album, Song, and independent Release of the Year. I’m also up for Solo Artist of the Year. This is a big deal for a little independent artist like me, and I’m incredibly honored and humbled by the nominations.

At this point you may be thinking “so what’s up with the banner, Roxi?” I’m so glad you asked. See, Radio Milwaukee nominates a number of folks in each category, and then leaves it up to the public to narrow it down to the final 5. Then they’ll pick a winner from those 5, based in part on how many votes each artist receives.

Which is where y’all come in ;) If you’re interested in helping your gal out, go here: http://radiomilwaukee.org/10th-annual-radio-milwaukee-music-awards/

Click on ‘Help Pick the Winners’. That’ll take you to the survey. They’ll ask for your email, and I would recommend clicking the box that says ‘don’t send me things’. Unless you’d like even more email than you already have, in which case, go on with your bad self.

Since there are a lot of nominees in some of the categories, and not a ton of people vote, just a few votes can make a huge difference. If you’ve got 10 minutes, I’d truly appreciate the support. Voting runs through November 22nd, and anyone can vote (you don’t need to live in Milwaukee to do so). You can vote once per device.

AND TO SAY THANKS – I’ll give y’all 40% off everything at my webstore. From today through Cyber Monday. Since I’m now officially done with touring for the year I’ve added the last few remaining 2017 tour tees to the store (these are extremely limited – when I hit ‘send’ there were 7 women’s tees left, and about a dozen unisex tees) as well as the final few Bad Decision tour posters. 40% off can save you a heck of a lot of dough. For example:

Use the code GIMME to get your 40% off. It’s the perfect way to take care of all those holiday gifts for the music lovers in your family. And yes, you can still totally use the code to get your discount, even if you don’t vote for me. But I can’t promise Santa won’t be watching ;)

End of the Year shows:

I’ll be sticking close to home here in Milwaukee for the remainder of the year, mostly to remind both my husband and my dogs what I look like. But if you happen to live in Wisconsin, there are a few final 2017 solo shows you can catch. Head to my tour page for details.

And finally, a hearty thanks:

To all the folks who made it out to the last week of tour for shows in Iowa, Indiana, Kentucky and Tennessee. Pics from the road below. If they’re not enough to get your fix, you can always catch more details (and pictures) via my Instagram, Twitter and Facebook pages. 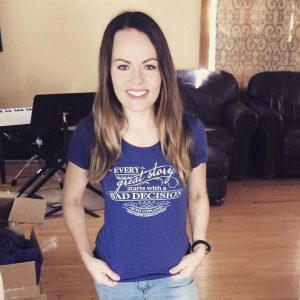 In case you haven’t had a gander at the 2017 Bad Decision Tour Tees. The text reads ‘Every great story starts with a Bad Decision’ 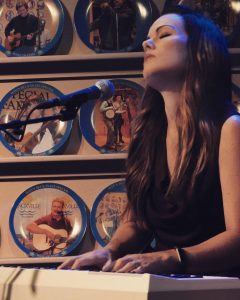 One of the highlights of the last week of tour was in Knoxville, Tennessee, playing WDVX’s infamous ‘Blue Plate Special’ show (aptly named, right?)