I know. It’s been a while since I’ve sent out a newsletter (about two months, to be exact). But that’s because I’ve been hard at work putting the finishing touches on the new album and all things associated. As a result, I now have two very exciting pieces of news to share:

1) I made a music video (my first ever. EEEEK!) It’s below, and features one of the songs off the new album, entitled ‘Love Me Out Loud’. Directed by my cousin Tony Bonacci (apparently creative stuff runs in the family.) Have a peek:

Pretty hip, no? I released it on Feb. 20th, and since then it’s received over five thousand views (!) on Facebook. Feel free to share to your heart’s content on your various social media profiles.

2) You can Pre-Order Bad Decision from March 1st through the 10th here at my website.

Reasons why Pre-Ordering is awesome:

1) When you place a pre-order, you get an immediate download of two tracks from the album: Bad Decision and Love Me Out Loud. Who doesn’t like instant gratification?

2) You get the album early. It officially drops in June, but if you pre-order, you’ll get it in April (if you order a CD or digital download) or May (if you order vinyl).

3) If you don’t order during the Pre-Order period, you’ll have to wait until June to buy the album. Sad.

4) We’ve put together several very cool packages that will only be available during the Pre-Order period – including your name in the liner notes, Associate Producer credit and more. See below for details on a couple of the packages, then head over to check out all the Pre-Order package options here. 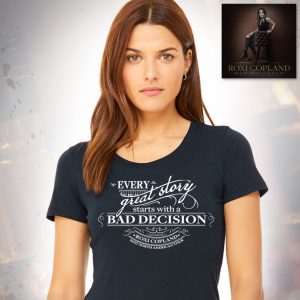 Blare It & Wear It Package: Be proud of your Bad Decision and wear it well. Be the envy of your neighborhood. Shirt text: “Every great story starts with a Bad Decision.” 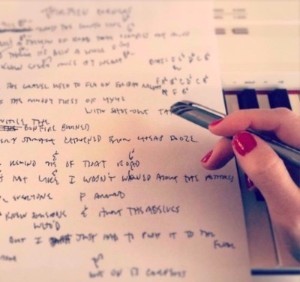 Limited Edition Lyric Sheet: Get one of eleven unique lyric sheets, the originals used to record the album (includes various scribbles, lyric changes, and the occasional wine and/or coffee stain).